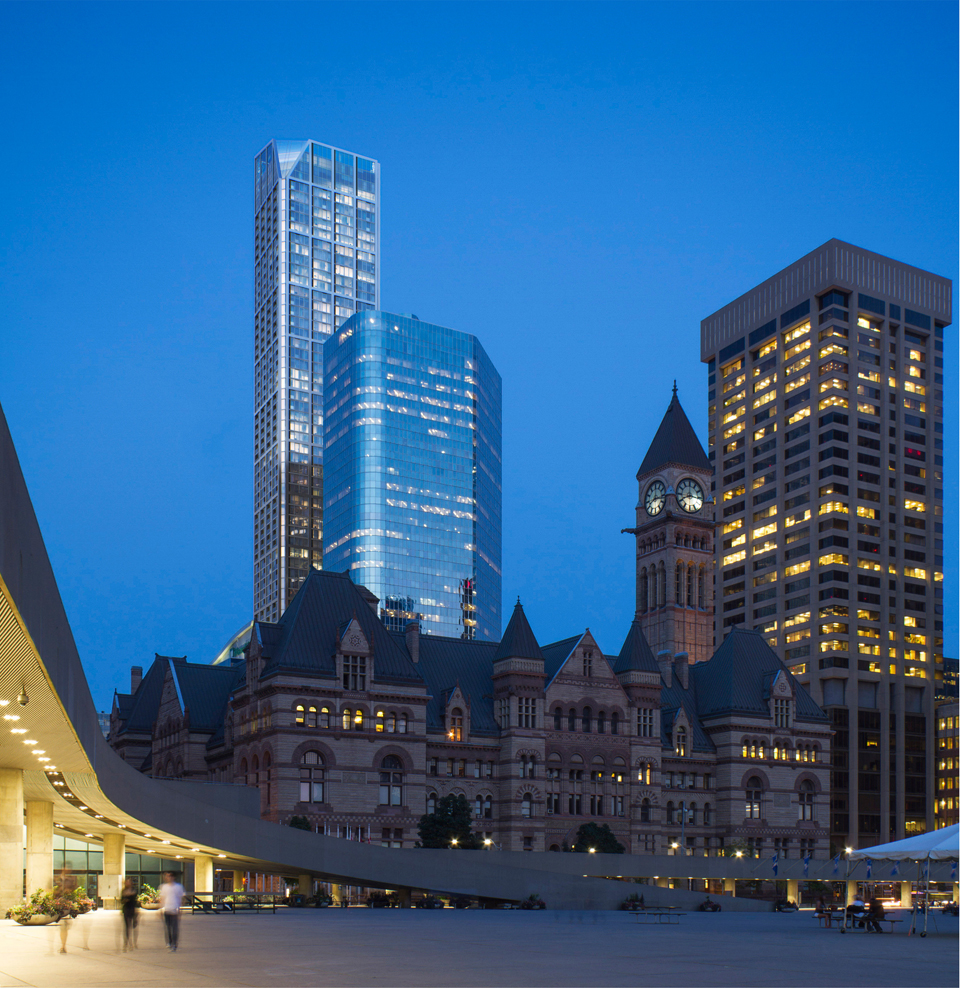 2 Queen West is an exciting new proposal by Cadillac Fairview for one of the most significant private sector rental housing developments in Toronto in decades. The development proposes a landmark tower on the North-West corner of Yonge St. and Queen St. West. The project complements the current mix of uses on the Toronto Eaton Centre block, which already includes three office towers, a shopping mall, and a hotel. Proposal highlights include:

• Approximately 580 new rental units in a 65 storey tower of approximately 475,000 sf. All units are intended to have either balconies and/or Juliet balconies. Indoor and outdoor amenity spaces, bicycle storage, and a provision for family units are also proposed.

• The development builds upon an existing public transit nodes, with elevators directly connected to the concourse level of the Toronto Eaton Centre, next to the entrance of the Queen Street Subway Station and streetcar access just footsteps away from the tower’s main entrance. Occupants are encouraged to utilize public transit over the car, with zero new parking spaces proposed for the development.

• The façade of the 2 Queen heritage building is proposed to be rebuilt and restored to the elegance of its original 1895 design. A permanent residential base, revitalized street frontage retail, and a new rooftop terrace will serve to animate the heritage building during the day while enlivening the street life on Yonge Street at night, making Yonge and Queen Street one of the City’s liveliest and most dynamic street intersections.