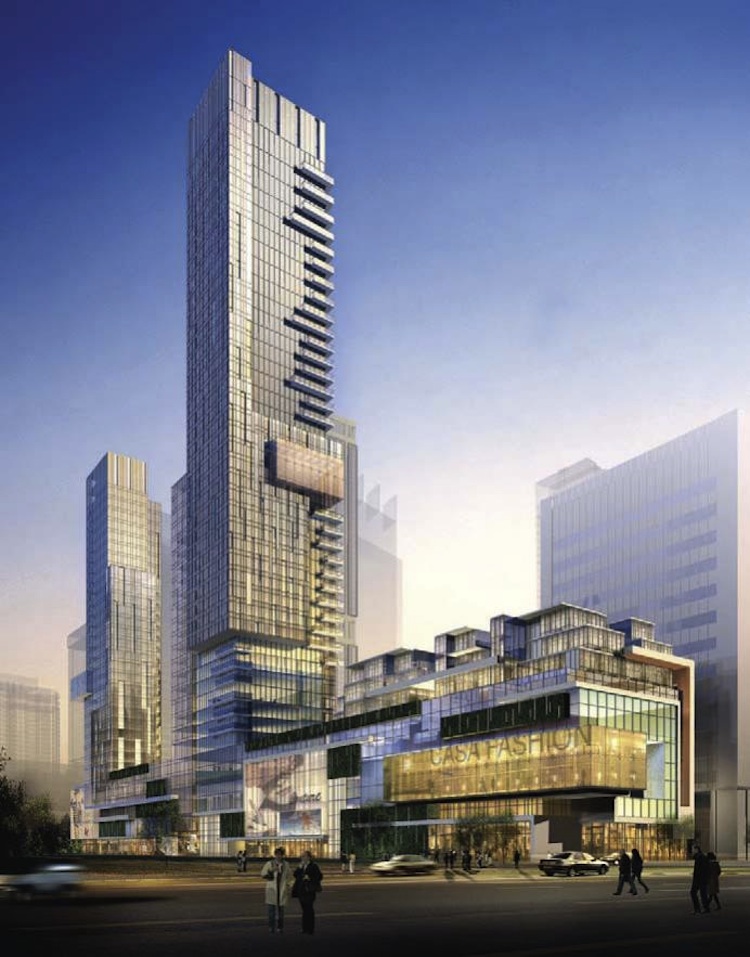 2 Bloor West will transform the transitional block between the exclusive Village of Yorkville shopping district and the urban intensity of Yonge Street. A seven-storey podium animates Cumberland Street with double-height retail space at grade, and a boutique hotel consistent with Four Seasons and Ritz-Carleton properties in the vicinity. A 70-storey residential tower marks the intersection of Bay and Cumberland, book-ended by an 85-storey residential tower at Yonge and Bloor.

The dynamic identity of 2BW is shaped by the contingencies of its attenuated, L-shaped site and the technical challenges of erecting slender point towers directly over the Bloor subway line. A network of robust diagonal supports extends along the north and south facades of the podium and wraps around each tower. The visible structure expresses the tectonics of the architectural forms, expanding as it extends along the Cumberland façade, contracting as it curls around the base of each tower, and becoming lighter and more ethereal as it rises upward.